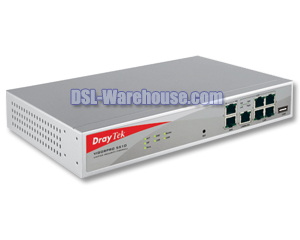 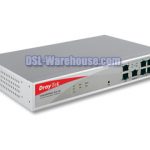 Conventional firewalls are blind to today’s attacks and are weak when it comes to detecting inappropriate e-mail and Web content. The most common solution is a complex, costly collection of independent systems to deal with each of these threats along with network-level intrusions and attacks.

SSL VPN Application
Without the necessity of installing VPN client on individual PC, the Secure Socket Layer (SSL) virtual private network (VPN) facility lets remote workers connect to the office network at any one time. SSL is supported by standard web browsers such as FireFox and IE. For users of small offices and teleworkers who need to access enterprises internal applications, file server and file sharing, the VigorPro5510 UTM series allows up to a whopping 50 concurrent SSL sessions.

Network-level Protection
Conventional methods of protection against virus or malicious programs, require each host to install software. To install software on a large number of hosts is a time consuming process. To evaluate the vulnerabilities, both the scan engine and database of virus patterns require constant and consistent upgrades. It is very costly and annoying for IT personnel due to the amount of high maintenance.

The DrayTek VigorPro 5510 series works as firewall as well as Internet gateway, it will block attacks at the point of network entry. Through the web user interface, the network administrator can monitor and instruct the VigorPro 5510 series to look for all hosts inside network edge before the threat intrudes.

Hardware-accelerated, Real-time Response
The VigorPro 5510 series employs a unique hardware-accelerated architecture that provides the ability to perform real-time security without slowing down critical network applications, such as Web traffic. Software-based anti-virus solutions, which are designed for scanning non-real-time email messages, are too slow to be used to scan Web traffic or other real-time network applications.

3G mobile communications using Access Points is growing in popularity by leaps-and-bounds. The DrayTek Vigor Pro 5510 series adds the functionality of 3G network connections for such a purpose. By connecting a 3G USB Modem to the USB port of VigorPro 5510, it can support HSDPA/UMTS/EDGE/GPRS/GSM and the future 3G standard (HSDPA, etc).


Opens in a New Window